Vital force (power drawn on during meditation) is quite possibly the foundation of all indigenous healing techniques. For all our technological advances, we in the West are still beginners at understanding the great healing power of raw, unfiltered, vibrational energy. Energy from the sun, air, water, wind, the soil under our feet and the energies of our chakras pulsing through our bodies have been used in ancient treatments for nearly 10,000 years. Our other articles have discussed the clearing, balancing, and healing benefits of guided chakra meditation. We know how transformative chakra balancing can be on the mind, physical and spiritual bodies because we have studied and been taught the ancient Vedic scriptures – and we have seen it.

In our quest to better understand the ‘how’ of vibrational healing and chakra meditation, we dug into the history books. We learnt about 16th-century physicians who first theorised about auras (subtle emanation) and the healing power of the earth’s magnetic fields. We then skipped a few centuries to find out what technologies we have developed to capture the human energy field (aura) so we can see and study it. We also investigated research studies that had trialled energy healing with practising nurses. See the references at the end of this article for more information.

What we uncovered was remarkable. For thousands of years, Western science had been on the verge of making sense of vibrational healing. We have finally reached a point where we can not only see it, but we can also start to understand what ancient cultures knew.

The consensus in the West has been to continue striving to greater heights and innovations and to leave concepts not understood in the past(*1). Ironically, science is directing us back to these concepts. As a result, we look back to our roots, our divine self and the energy centres we each house in our physical and etheric bodies for true healing. We are learning from the ancient Hindu scriptures, oriental texts, and native oral histories passed down for aeons that what we have been searching for has resided within and around us the entire time. Yet, in the West, we are beginners. For nearly 5,000 years, these practices remained beyond the understanding and scope of Western science.

Great minds in our history (centuries ahead of their time) have theorised about vital force, vibrational energy healing, auras, and chakras. Technology has only recently provided the means to prove the efficacy of vibrational healing techniques and chakra balancing.

The image of an ancient healer using their hands to heal is not uncommon. Even Jesus was depicted doing this(*2,3). Why do countless cultures the world over share a common belief that the human touch can heal the body and mind?

Western research into this dates back to the early 1500s to Theophrastus Bombastus von Hohenheim(*2,4). Paracelsus (as he was otherwise known) was highly educated, well-read, a brilliant mind and physician. He was a true Renaissance man best known as the father of toxicology. He also laid the groundwork for numerous other theories and scientific findings we are still learning about today(*4). 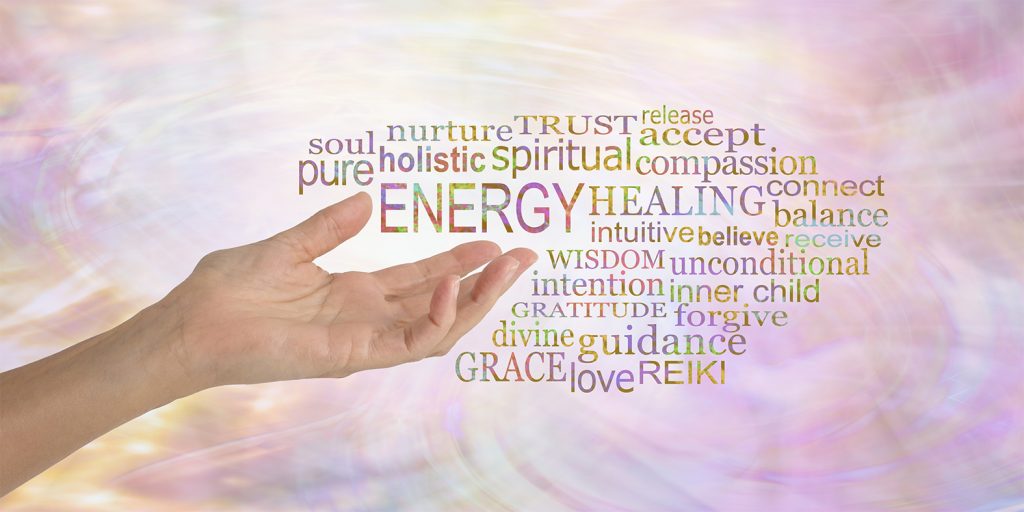 Paracelsus theorised that there was an invisible magnetic force powered by nature, the stars and higher bodies involved in healing(*2,4). He believed humans had auras (although he referred to them as ‘subtle emanation’). In his writings, he said subtle emanations existed in both hierarchical and interwoven forms around and near the body(*4). Paracelsus also explained that if human beings could wield or channel their energies, they could heal others(*2). Other academics and theorists at the time were perplexed by his writings and vigorously rejected them. As it turns out, Paracelsus was centuries ahead of his time because that is exactly what we do.

Around two hundred years later, in the 17th century, Paracelsus’ theories were reborn by Robert Fludd and Franz Mesmer(*2). Fludd laid the foundation for Western thought on the health benefits of the sun and breath. We now know how important light energy and the sun are to our physical and etheric bodies. 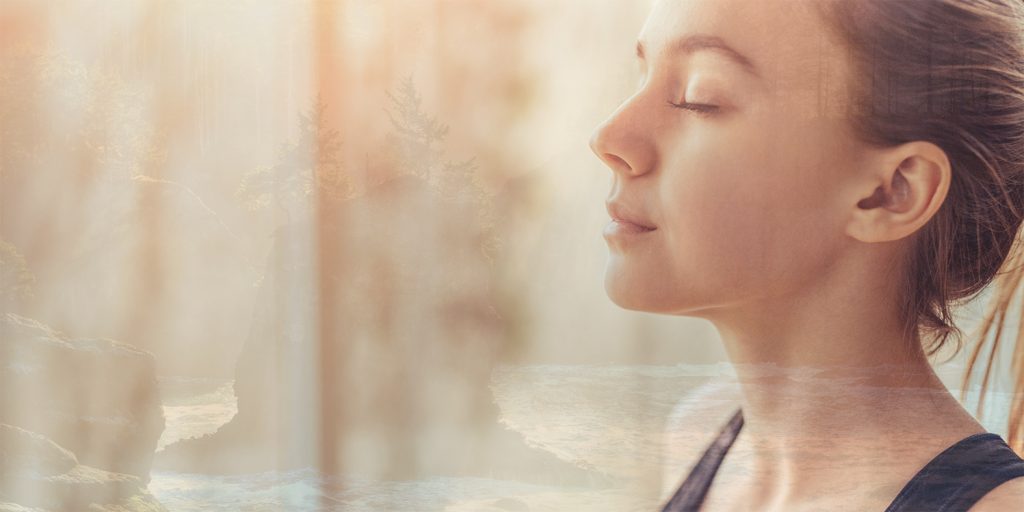 Breath, known as the vital force (Prana) is used to clear chakras during guided chakra meditations(*5). Mesmer, during this same period as Fludd delved into the healing and rejuvenation abilities of what he called fluidum. He believed that when a person was in good health, their fluidum (life force) was balanced and in harmony with nature and the cosmos(*2,6). In other words, when our aura is healthy so are we. However, Mesmer did not have the technology we have today to prove it.

Like Paracelsus, Fludd and Mesmer were also well ahead of their time in Western academia. It is only recently that we, in the West have dedicated resources to better understanding what these great minds (and countless ancient cultures) already knew to be true thousands of years ago(*7).

Moving forward to the here and now, a recent invention from Harry Oldfield, Polycontrast Interference Photography (PIP) proves, without a doubt that the etheric body exists(*8). Not only that, but it also shows the link between the etheric and physical bodies. PIP can be used as a diagnostic tool to find disease, imbalance and ill health before symptoms present in the physical body. When looking at breast tissue – one with cancer and one without, there is a distinct difference in the surrounding energy fields. During testing of PIP, an old knee injury was also found in a patient.

According to Oldfield, THE medicine of the 21st century will be vibrational energy healing(*8). 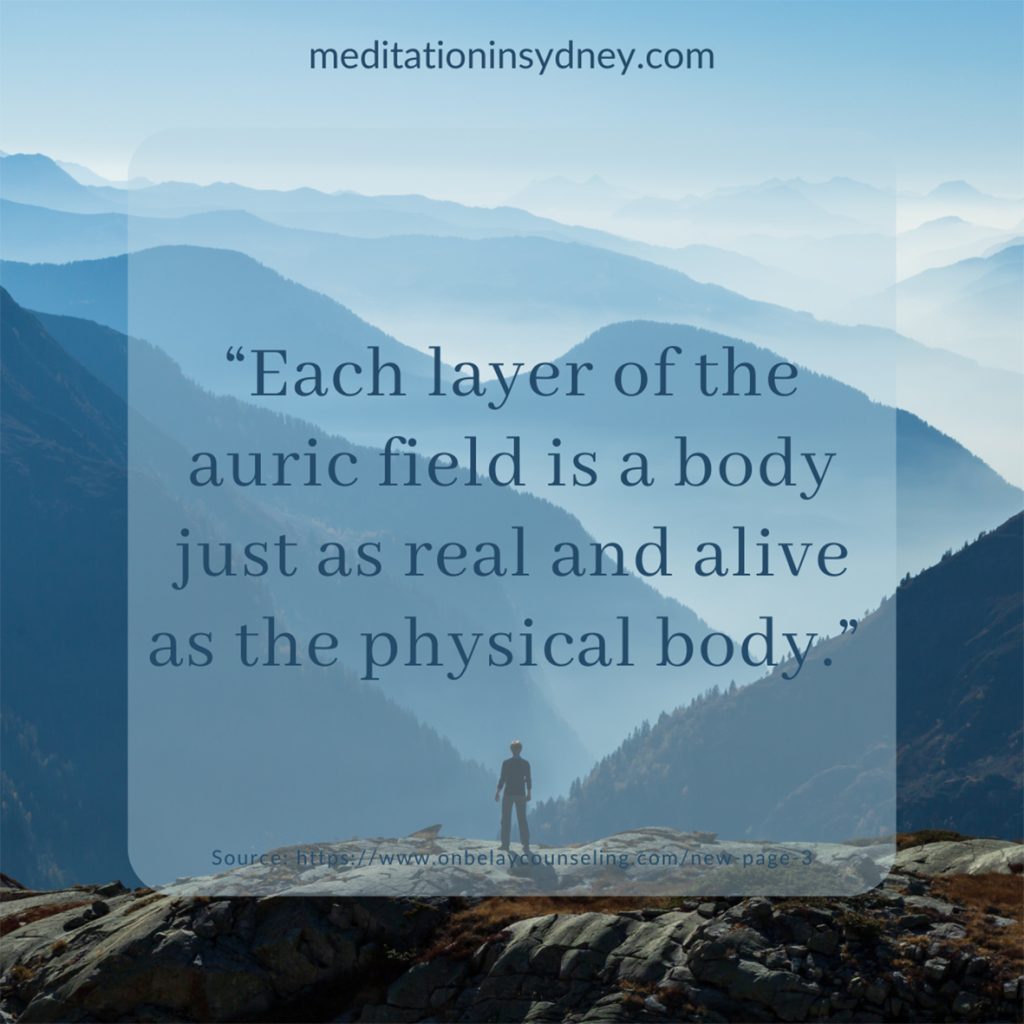 Guided chakra meditation that channels the earth’s frequencies is one of the oldest and most effective ways of strengthening and healing the human energy field and thus healing the physical body.

It is great that the West’s researchers and theorists are coming to terms with vibrational energy healing. As all meditators know, the healing power we, ourselves can offer the self and others through channelled energies is unparalleled. It is a drug-free solution that has a positive domino effect on the entire body.

In guided chakra meditation, we channel the earth’s energies and the vital force Prana to increase the vibrations of each of our chakra points. By doing this, we encourage a natural, uninterrupted flow of energy through our physical and outer bodies(*5,7).

• Learn about auras, Kirlian photography and chakras in our other blogs.
• Feel free to join a guided chakra meditation class with us in Sydney or online from your home.
• You may also be interested in crystal healing and protection which is another way we use the earth’s energies to clear toxicity and negativity.

By Senka Your Meditation Guide

Purchase the Best Guided Chakra Meditation CD mp3 download now! Only AUD $20 Click on the image below to start your relaxation journey.