What is an empathetic person?

Have you ever had people point out that you are too emotional or too sensitive? Or do you find it exhausting to spend time with some kinds of people? Perhaps you’re able to distinguish moments when people aren’t being entirely truthful, or often feel uncomfortable in crowds. If a friend is feeling some extreme emotions – be it elation or distress – do you tend to feel the same emotions? If you answered yes to most of these questions, it’s highly likely you are part of a unique group of people known as empaths. But what is the meaning of empathy?

While many people claim to be able to tap into and experience other people’s feelings and emotions, there is a divide in the scientific community as to whether true empaths actually exist. The good news is that research has been conducted into empathy, and the existence of ‘mirror neurons has been confirmed. These neurons can help some people to mirror the emotions of others they are in contact with, and as the research suggests, some people may have more of these mirror neurons than others which further suggests the existence of true empaths.

What are the signs of an empath?

An empath is someone who is highly emotionally sensitive – not necessarily in the sense that they are easily offended, but are naturally able to sense the feelings and emotions of people around them. In the world of psychology, the term empath is often used to describe those who experience empathy, often experiencing the emotional pain of others to their own detriment.

In other circles, the term empath can also relate to individuals with psychic abilities. These people feel they can connect with other people on a spiritual level and sense their energies and emotions. However, the focus of this article is aimed primarily at the psychological aspects of empathy.

What is the meaning of empathy – and what are the benefits?

There are several benefits to possessing empathetic qualities. Empaths often make great friends due to being excellent listeners. They are also generous, and will usually make time for their friends when they’re in need. Those with empathetic tendencies also usually have high levels of emotional intelligence and intuition.

However, such qualities often come at a price for the empath. Due to being so emotionally in tune with their friends, empaths will often unwillingly experience the same negative emotions those around them sometimes feel such as anger and anxiety, which in turn can become overwhelming. Empaths can also find it difficult to set boundaries regarding how much of others’ emotions they experience, leading to personal difficulties such as saying no to friends who may be requesting your assistance too often.

How to manage empathy without becoming mentally exhausted

If like most empaths, you’re often concerned about the wellbeing of others, it can be difficult at times to say no. This caring nature can lead to you overcommitting yourself, which invariably leads to becoming emotionally drained. The best way to prevent this from happening is to limit your time spent listening to people’s stresses, and learn to say no. Try to set clear boundaries, and learn to politely but firmly decline people’s requests for assistance if it gets too much. 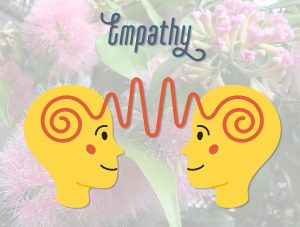 Make time to connect with nature

This could mean putting aside some time to spend alone in nature where no one else is around to bother you with their stresses, or simply enjoying your favourite piece of music, or even indulging in meditation – anything that allows you to emotionally rebalance yourself and re-establish your centre.

While it may feel rude, it would be in your own interests to know when and how to build personal walls, ensuring you’re not always available for others and their issues. Of course, this will likely be quite challenging as empaths typically find it difficult to create such exclusive boundaries.

Practising meditation is an excellent way to help you to learn how to set and stick to boundaries, as during meditation your mind is focused and shutting out external distractions. This focus can be useful when you’re interacting with others and can help enhance your ability to shut out emotional input from others when needed.

Be selective about who you spend your time with

This can take time to do correctly, but for your own wellbeing, it is worth maintaining distance from certain people. As an empath, you naturally soak up other people’s feelings, and toxic people can have a considerable adverse effect on your mental health.

Despite being naturally caring, you must appreciate that there will be some people who you won’t be able to help. By staying away from these people as much as possible, you’re adhering to your own personal boundaries – accept that is fine for you to do, as this will help to keep you mentally balanced.

Meditation is fantastic for absolutely everyone – not just empaths. However, empaths may especially feel the benefits of mediation due to the potentially negative effects of high emotional sensitivity. Some of the benefits you can experience through regular meditation include:

Unfortunately, even despite the obvious benefits, some people are put off by meditation. This could perhaps be due to a lack of understanding, a misguided notion that it is a sort of religious practice, or simply don’t know how to begin.

Meditation can have profoundly positive effects on your well-being. And it’s not just empaths that can benefit from meditation, but absolutely anybody can. By regularly practicing chakra meditations, you can begin to pave the way towards becoming the healthiest and happiest version of yourself. 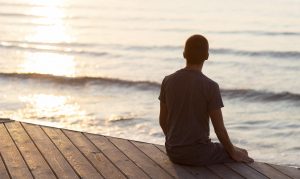 By Senka Your Meditation Guide

Purchase the Best Guided Chakra Meditation CD mp3 download now! Only AUD $20 Click on the image below to start your relaxation journey.