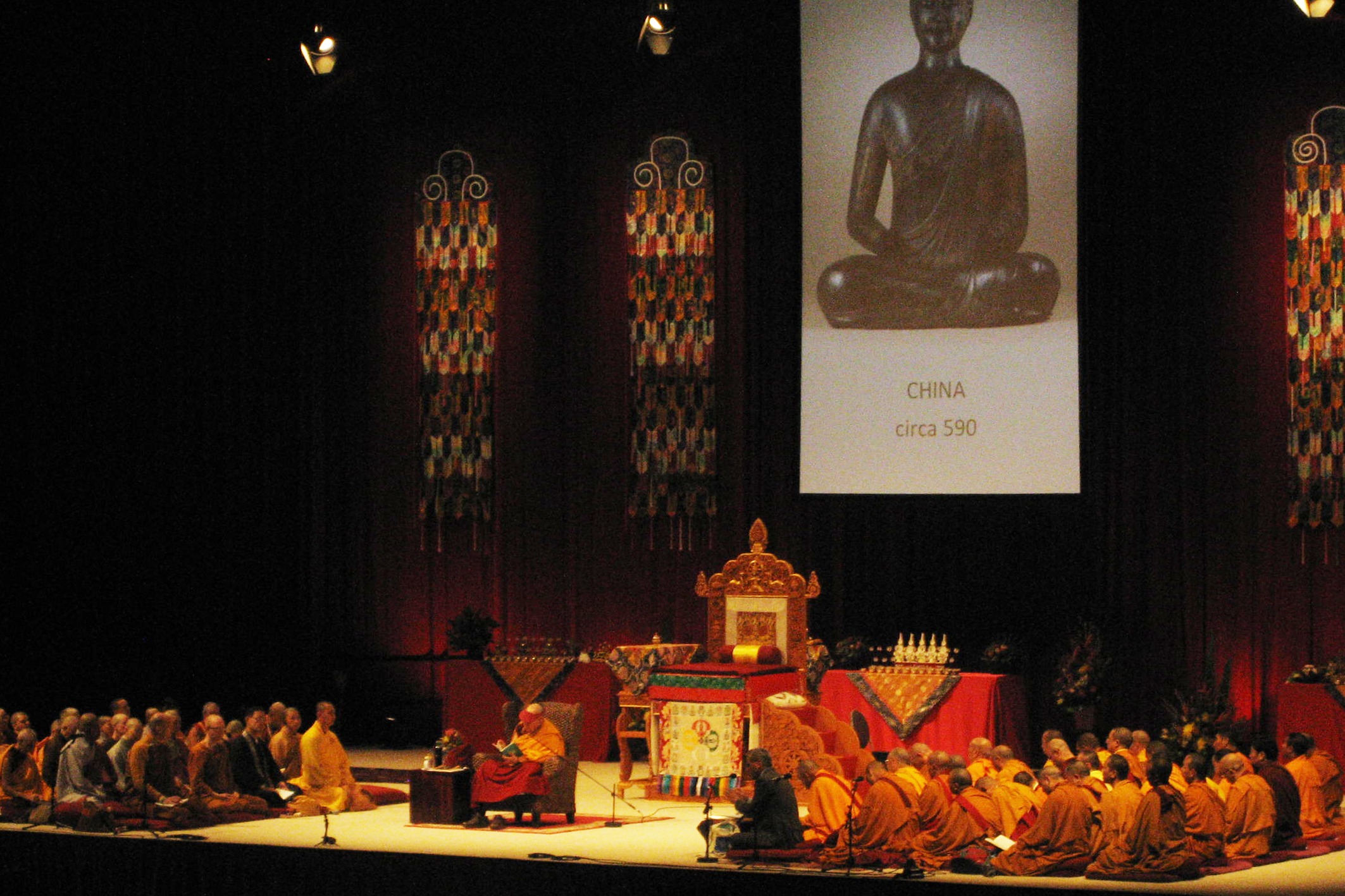 An Amazing Weekend Meditation Retreat with His Holiness the Dalai Lama

Spending three days with the Dalai Lama and his Tibetan Monks was an amazing, uplifting and enlightening experience and sharing how I can share this great energy with you in the meditations.

Let me share the story of Sonam. He is with me in this photo. I met Sonam some time in 2014. We were in a crowded room at the Leichhardt Townhall, where the tibetan monks were sharing their knowledge over a weekend. It was the first time I saw more than eight Tibetan monks together and was so happy to see them there. I remember when Sonam spotted me in the crowd, he walked up to me and asked “Are you teaching?” I looked at him puzzled. He said that he saw a large white light aura around my head and it usually represented the aura of someone quite enlightened and a spiritual teacher. I replied no, my profession is in art direction and web design.

A few years passed and I saw him again with the Dalai Lama at the Olympic Stadium in Homebush where I practised the seven stages of meditation with his holiness. Then again recently. He spotted me once again in the crowd, came up to me and the first thing he asked “Are you teaching?” I replied yes. He was very happy to hear that and replied “Ah. Very good. You have received many blessings and the powerful divine guides that are with you, will help many people that you reach through your meditations. Many will be healed” with that, he said good bye and caught up with six other monks, then made his way to join the Dalai Lama.

That same weekend, I also met with Lama Lobsang Tendar whom I bought a Tibetan singing bowl from personally made and blessed by him. I am now using and sharing this new technique by including sound harmonic healing in my meditations. Lama Lobsang specially blessed the bowl with the power of the Medicine Buddha. What does this mean? When you attend my meditations and I use the singing bowls sound harmonics, the benefits of the special mantra of the Medicine Buddha quickly actualises the prayers and blessings to then extend to you, bringing happiness to all within my meditation class. Using this singing bowl helps to extend the benefits of enlightenment, pacifying problems, fulfilling good wishes and helping those who are troubled by any form of imbalance and illness. The Medicine Buddha blessings is extremely powerful and beneficial in correcting any and all ailments. Now I can share these special blessings from Lama Lonbsang directly with you through activating the signing bowl, along with the other techniques used in my meditations.